His Eminence, Most Rev. Metropolitan Gregory of Nyssa, Diocesan Hierarch

His Eminence, Metropolitan Gregory of Nyssa, is the spirtual leader of the American Carpatho-Russian Orthodox Diocese, which maintains offices at 312 Garfield Street, Johnstown, Pennsylvania,  15906.

Under His Eminence's care is our Diocesan Christ the Saviour Seminary, also in Johnstown, Pennsylvania, which trains future priests and deacons of our Diocese.  In addition, the Diocese maintains Camp Nazareth Youth and Retreat Center in Mercer, Pennsylvania.

Metropolitan Gregory also serves as Episcopal Liaison to the Orthodox Christian Fellowship and Chairman of Committee for Agencies and Endorsed Organizations of the Assembly of Canonical Orthodox Bishops of the United States of America. 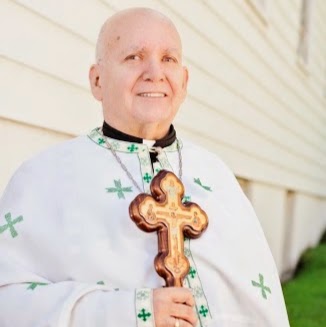 He was ordained a Deacon in 2002 and as a Priest in 2006 by His Eminence, Metropolitan Nicholas of Amissos, Ruling Hierarch of the American Carpatho-Russian Orthodox Diocese.

Father Dan and Pani Joan were born and raised in Bridgeport, Connecticut and attended Saint John the Baptist Carpatho-Russian Orthodox Church in Bridgeport.